Examples from some of Shawn Martin’s research, teaching and digital scholarship projects.

A digital history project sponsored by the Indiana University Bicentennial, the project highlights President Andrew Wylie and his cousin, Professor Theophilus Wylie at Indiana University, establishes a platform for the development of additional online exhibits related to the Wylie House Museum, and provides content and digital space for Indiana University courses. 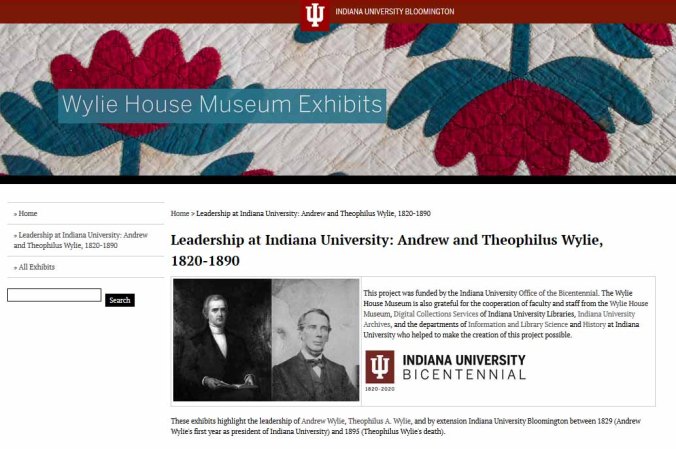 History of the Book

A course that examines the history of written knowledge representation through manuscripts, books, digital media, and other forms in western culture, from the classical age to the present day.  Topics include cultures of reading, social impact of texts, methods of production, distribution, and classification, and historical influences like the church, state, and economy.

A project that created standardized XML/SGML encoded electronic text editions of early English and American printed books from the fifteenth through eighteenth centuries. These text files were jointly funded and owned by more than 150 libraries worldwide and are freely available for anyone to use.